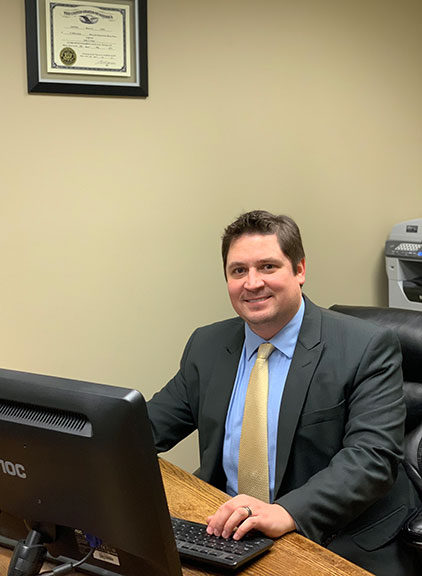 Seth A. Floyd was born and raised in the Southeastern United States. He received his Bachelor of Arts in Linguistics from Brigham Young University in 2007, afterwards received a scholarship to attend Florida Coastal School of Law in Jacksonville, Florida.

During law school, he was a member of the Moot Court Honor Board and the Mock Trial Team and was awarded the privilege to compete in both the National Constitutional Law Moot Cour Competition in Chicago and the ABA Labor Law Mock Trial Competition in Miami. Seth was also awarded a Fellowship from the Florida State Bar, which he chose to complete at the Office of the Public Defender Fourth Judicial Circuit in Jacksonville. He graduated from law school in December 2010, and became a member of the Utah State Bar in 2011.

Seth and his wife have been married going on thirteen years and he is the proud father of three young daughters. As a father himself, Seth passionately believes in the necessity of ensuring that a father’s rights are protected and has been privileged to be a part of that mission at Jolley and Jolley.

In his personal life, Seth enjoys athletic competition and played soccer at the collegiate level.

He enjoys the outdoors, reading, ancient history, and studying foreign languages and cultures. He speaks Spanish fluently and has tried recently to revive what little Russian he learned in college.