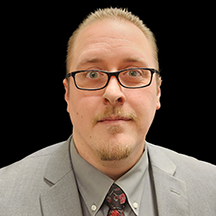 Kristofer Snow received his undergraduate degree from the University of Utah in 2010.  Shortly thereafter, he began Law School at Ohio Northern University’s Claude W. Pettit College of Law, graduating in 2013 with both a Juris Doctorate (JD) and a Master of Laws (LL.M) in democratic governance and rule of law in 2013.  Out of his three years of law school, Kristofer was a member of their Jessup International Law moot court team for two years; he was ultimately awarded Moot Court Member of the Year, and inducted into The Order of Barristers.

Shortly after graduating from law school, Kristofer became licensed to practice in Nevada in late 2013.  He immediately began practicing as the sole associate of a family law practitioner.  Kristofer found himself to be well-prepared to take on the fact-intensive nature of family law cases given the complexities of his moot court experience, and moreover, he empathized with the plight of those in crisis.

Kristofer continued to practice law in Nevada until early 2017, when he moved back to Utah to be closer to family, and even then, for a period of time while waiting to become licensed in Utah, he routinely travelled back to Nevada as a sole practitioner, to continue to see his remaining cases there through to their conclusions.  He was licensed in Utah soon thereafter, and quickly became acclimated to Utah’s version of the rules and code.

Kristofer is a proud father, and an animal lover.  He also enjoys video games and stand up comedy.  Kristofer will not just represent you diligently, and aggressively, if need be; he’ll do his best to keep your spirits up, while giving you a realistic outlook on your case