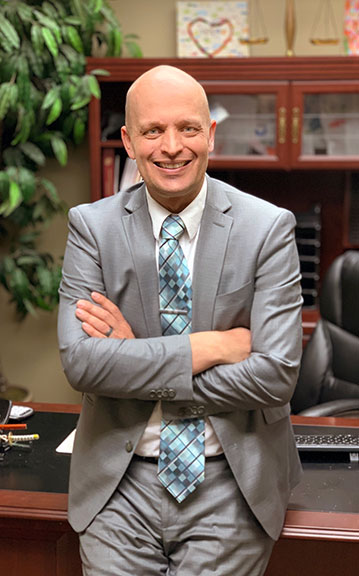 Mark is a Senior Family Law Attorney at Jolley & Jolley. Mark handles all types ofdomestic and family law matters including, but not limited to, custody, divorce, child support, alimony, annulment, termination of parental rights,paternity, and modifications. In addition, he defends clients charged with issues of domestic violence and abuse resulting in protective orders and criminal charges. Mark also handles matters involving land use and zoning.

Currently, Mark is a volunteer Small Claims Court Judge and has presided over thousands of cases in the Third District , West Valley City Justice, and the Salt Lake City Justice courts. He was elected to his first term on the Bluffdale City Council in 2019. Previously, he was the Chair of the Bluffdale Historic Preservation Commission and a member of the Board of Adjustments for Bluffdale and West Valley City. He also was on the Board of Directors for Camp Kostopulos, which is Utah’s #1 charity for children and adults with disabilities. Mark is a certified mediator for all legal matters, including Utah Family Law and is also a certified Guardian Ad Litem.

Prior to Jolley & Jolley, Mark was the Assistant Attorney General of American Samoa for a year and a half. He has worked as corporate counsel for several businesses and has provided legal work for Utah Legal Aid Society of Provo and the Utah County Attorney’s Office.

Mark is interested in sports. While a law student, he published the first article on the antitrust issues of NCAA’s Bowl Championship Series. He is also an executive committee member for two groups that attempted to establish a playoff for all college football teams.

Mark’s legal work and effort can best be summed up by United States District Court Judge Reggie Walton when he wrote, “[Counsel] Hales has gone above and beyond the call of duty.” Mahjor v. Kempthorne, 518 F.Supp.2d 221, 240 (2007).